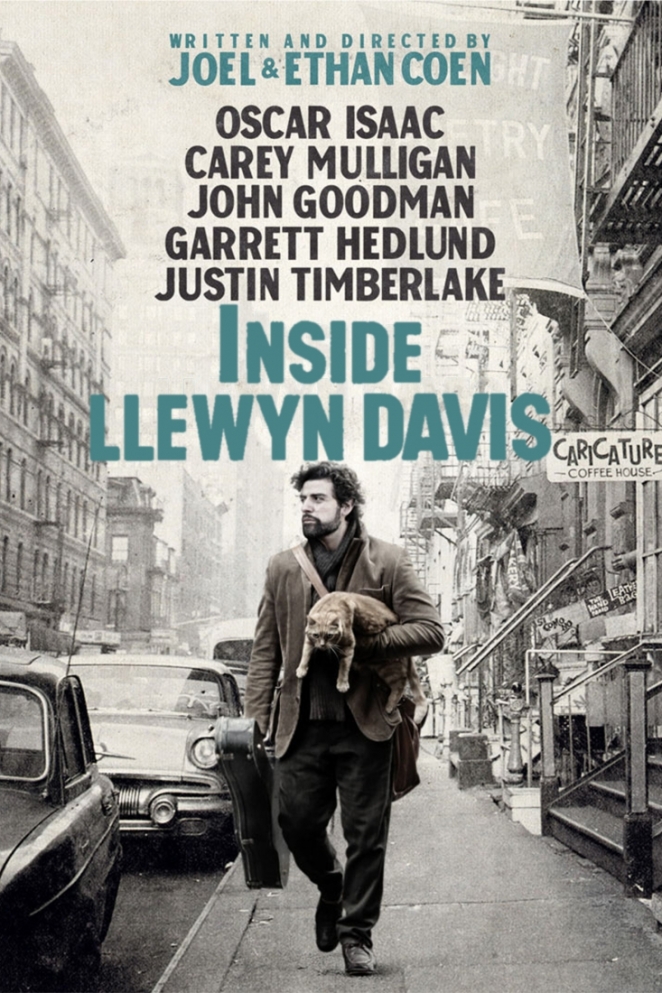 A week in the life of struggling folk singer in Greenwich Village, New York, 1961.

The Coen brothers follow their remake of True Grit with this quiet portrait of a musician trying to make a living through his art.

This is an intimate portrayal of an artist in the throes of trying to eat, survive and be successful. Oscar Isaac is as usual, superb, cementing him as the goto actor of the moment. Carey Mulligan is alright, not sure about her, she was good in Never Let Me Go and An Education but how versatile she is, je ne suis pas sûr. Justin Timberlake is alright as well, no big performance break-throughs, merely playing the part. It’s all about Isaac, his stillness, frustration and incredible vocal and musical skills are all on display and he carries this film with ease. It is the sort of film that won’t challenge its audience too much, the struggling artist angle would have failed were it not for Isaac.

It took me a long time to get round to watching this as I knew it would be a certain type of film, I was right. I’m glad I saw it, kinda, but don’t think I’ll be revisiting it anytime soon. This is definitely a taste call. The film is very well-made and features sturdy performances, the writing is sharp as we have come to expect from the Coens and these are definitely reasons to see it.

John Goodman appears; he does what he always does and smashes it as an ‘out-there’ jazz musician. Garrett Hedlund is perfectly ‘beat’ as a poet whose mind is alive with words and thoughts like a crazy person, bringing to mind a stoned Neal Cassady.

The music by T Bone Burnett is a perfect example of the time, creating folk music that seems like it was written in the 1960’s. Joel and Ethan Coen add another film to their oeuvre that, this time, is interesting without any major fireworks (for me). A Sunday afternooner.