A British soldier is separated from his unit during a riot in Belfast in 1971.

Jack O’Connell plays Gary Hook , the soldier in question, and his survival instincts and training kick in once he is on his own. Set on the front lines between an area that separates the Catholics and the Protestants, this is realized with accuracy and great design.

O’Connell continues to be one of my favorite actors du jour and delivers another brilliant, visceral performance to add to his canon. He was superb in Starred Up, I haven’t seen Unbroken yet but I would put money on another great piece of acting from him.

Support comes from the ever interesting Sean Harris as an undercover soldier Captain Sandy Browning, manoeuvring his way through a very volatile, dangerous situation. Paul Anderson is Sergeant Leslie Lewis, one of Browning’s team. Richard Dormer is Eamon. Australian Sam Reid plays the posh Lt Armitage. Killian Scott is Quinn and Sam Hazeldine is the C.O. David Wilmot plays Boyle, one of the locals and Babou Ceesay is Hook’s Corporal. Everyone is on point, committing 100% to bring the best work they can to this exciting rollercoaster ride.

It takes about 20 minutes for the action to kick in and is very exciting. The tension is ratcheted up and once the ride begins it doesn’t let up.

There are moments of sparse or no dialogue and they are utilized brilliantly, allowing the audience to feel what it must be like to be in such danger. The script is written with skill and economy by Gregory Burke. There are elements of Escape From New York, The Purge and even Homer’s Odyssey here and it works very well.

One of the film’s strengths is the fact that it doesn’t take sides, merely showing you both sides neither leaning to one side or the other. No-one is 100% bad or good, as in life there are contradictions and this elevates it from the usual war fare. Everyone has their reasons whether reasonable or not.

It was a time of unrest, a real war where everybody is affected one way or another. Politics is left out as is an anti or pro stance. War is ugly and makes people do all sorts of messed up things. The rules become different.

Directed with skill and considered pacing by Yann Demange who is making his debut as director, he previously directed the fantastic Dead Set and Top Boy for Channel 4. He is one to look out for.

Special mention must go to David Holmes for creating a soundtrack that perfectly complements the images and helps raise the tension at all the right parts.

A brilliant thriller that stands on its own two feet and arrives with confidence and assurance.

PRE-ORDER THE FILM ON iTUNES HERE 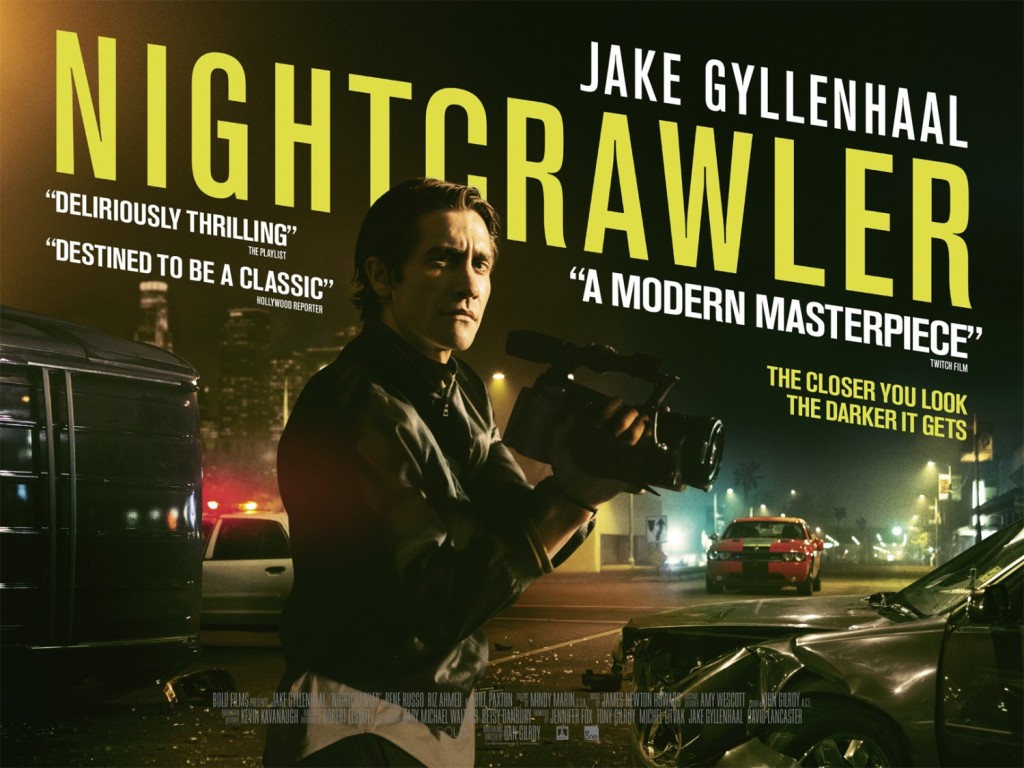 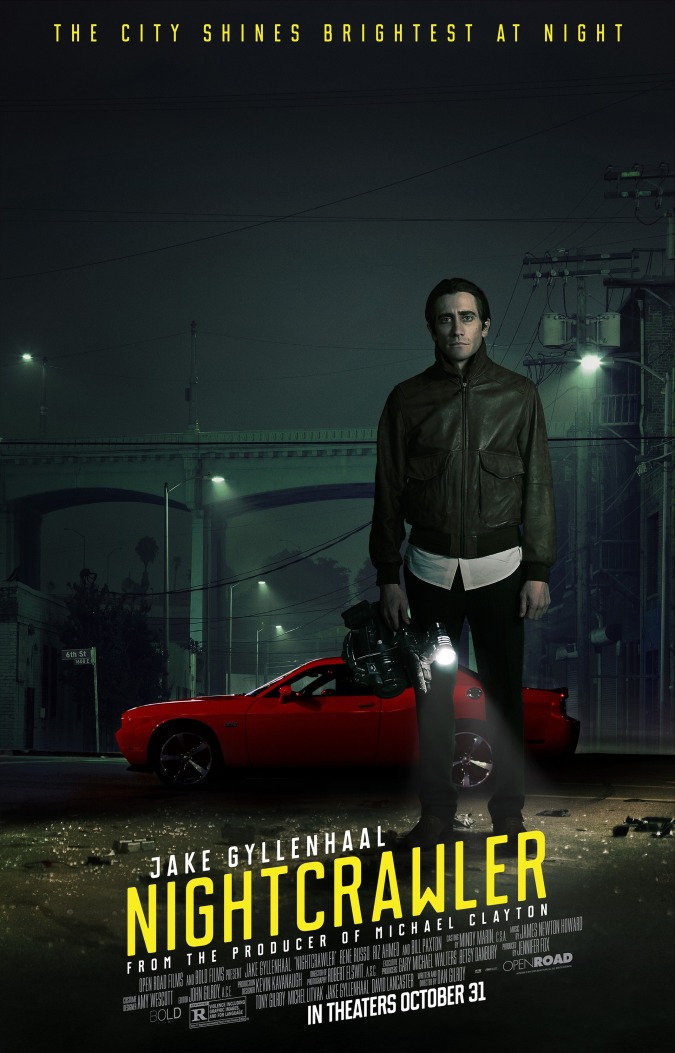 “I like to say that, if you’re seeing me , you’re having the worst day of your life”. Louis Bloom.

Jake Gyllenhaal does it again, creating another incredibly layered, interesting character that is up there with Patrick Bateman as humanitarian of the year. Here, he plays Louis Bloom a man with determination and a disconnect from humanity not seen in a main character for a while. He is a sociopath, borderline psychopath who finds himself becoming a reporter of all things gruesome on the L.A. crime scene. He is a vampire scouring the police radios at night for any potentially graphic accidents or crimes that he can film and sell.

This is a massive indictment of the news corporations and their hunger for all things macabre. It also comments on our own desires to ingest this poison; it is both prescient and powerful.

You get to see the lowest of the low, exploiting suffering and tragedy for their own selfish ends. The true bottom-feeders. It could be said that Lou would be successful whatever he was doing. I’m sure there are more than a few people in high ranking places that also share his disconnect to humanity.

Dan Gilroy writes and directs with skill as he takes us down this dark night of the soul that is also similar in tone to story of the most famous Taxi Driver of them all, Travis Bickle. Especially in the way he inhabits the night, less in a self-appointed, misguided, crusading way though no less gruesome. This is Gilroy’s directorial debut and he shows massive promise.

Riz Ahmed is on supporting duties as the nervous, insecure assistant, Rick to Lou’s CEO. He’s proving himself to be an actor of merit and talent.

Bill Paxton is sleazy as Lou’s competition and he does what he does very well. Rene Russo is also in the mix for sleaze merchant of the year as Nina Romina, the producer of the local tv station who will do anything to get the ratings up.

Finally back to Jake. He really is one of the greatest American film actors working today, always interesting, always believable. Here, he has created a character that will be name-checked in years to come. This role gives him free-reign to go to work and bring to life this memorable character, utterly devoid of sentiment. A nomination should have been in the bag, it is an incredible performance worthy of praise.

Be warned, though, this is not for the faint-hearted, the themes and subject matter shine a light on a grim reality that we are all responsible for in one way or another.