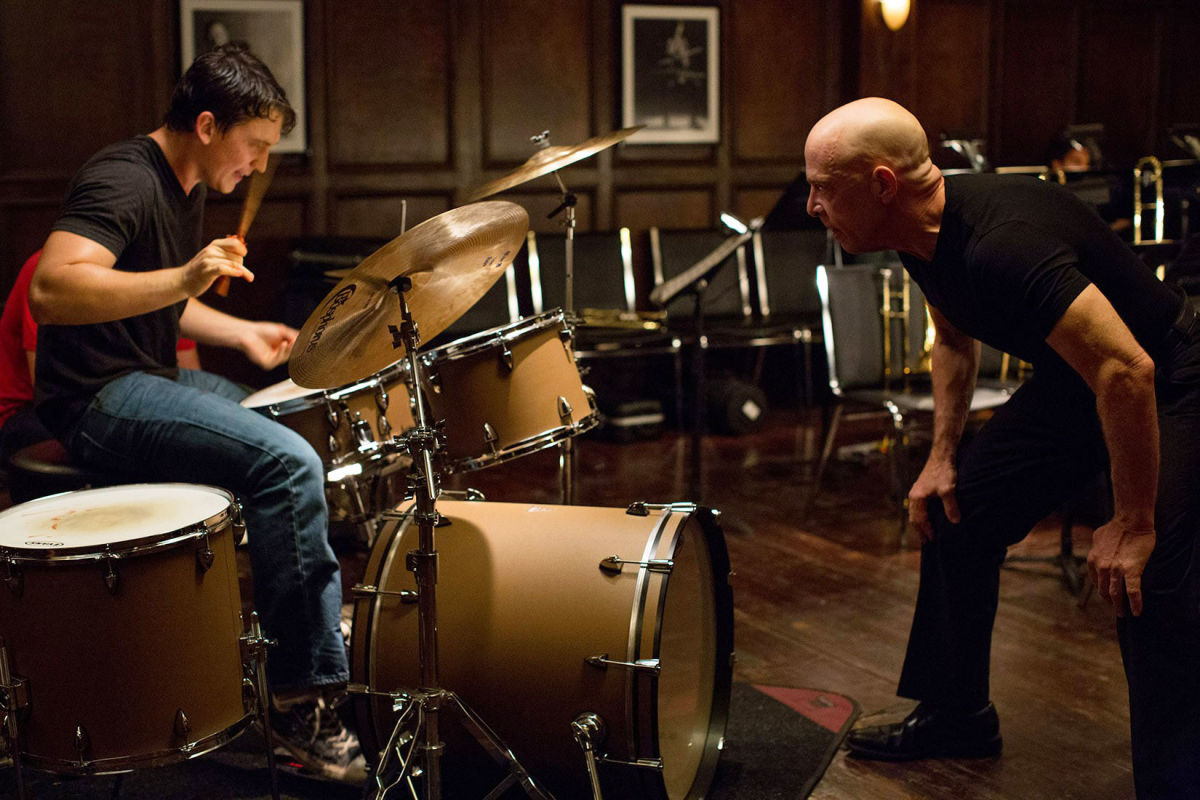 What does it take to be the best? 20,000 hours? A single-minded focus? Total commitment? Obsession, a special kind of madness out of which genius is born. The pursuit of excellence becomes a compulsion for Andrew Neiman (Miles Teller). This type of dedication is bound to pay off, especially coupled with an unwavering tenacity.

Damien Chazelle directs this film about a student and his intense teacher. Andrew Neiman (Teller) is a talented drummer at a prestigious music college who has aspirations of being truly great and catches the eye of Terence Fletcher (J.K. Simmons), the school’s top teacher who pushes Andrew to reach his highest potential.

Chazelle had tried to get funding for the film a few years back but wasn’t able to secure any so he made a short film out of his screenplay which won the Short Film Jury Award at Sundance in 2013 and subsequently managed to find the funding to make the feature.

The music is fantastic, hearing the tunes being played by the orchestra is a joy and the use of it, arranged and compiled by Justin Hurwitz is inspired.

Can we talk about the acting for a minute?

J.K. Simmonds (who richly deserved the Oscar win) has always been a sturdy, interesting actor that I have watched with joy since 1997, when HBO’s Oz was first released. His performance as Vern Schillinger, the leader of the Aryan brotherhood was incredible and since then he has had my vote. It’s great that he’s getting the recognition he so richly deserves; this is a career-defining role. As Terence Fletcher he pushes his performance to the limit playing a bully with a selfless goal. Miles Teller is given a great gift playing opposite him. Teller is talented young actor who commits 100% to this role, blood, sweat and tears. It’s also great to see Paul Reiser turn up as Andrew’s father and Melissa Benoist is perfect as Nicole.

The story-telling aspect was unexpected, and it unfolded in a slightly unconventional way and this, added to the acting, the music and editing, made it a very enjoyable film. This film won three Oscars this year, Best Supporting Actor (Simmonds), Best Sound Mixing (Craig Mann) and Best Editing (Tom Cross). Well deserved.