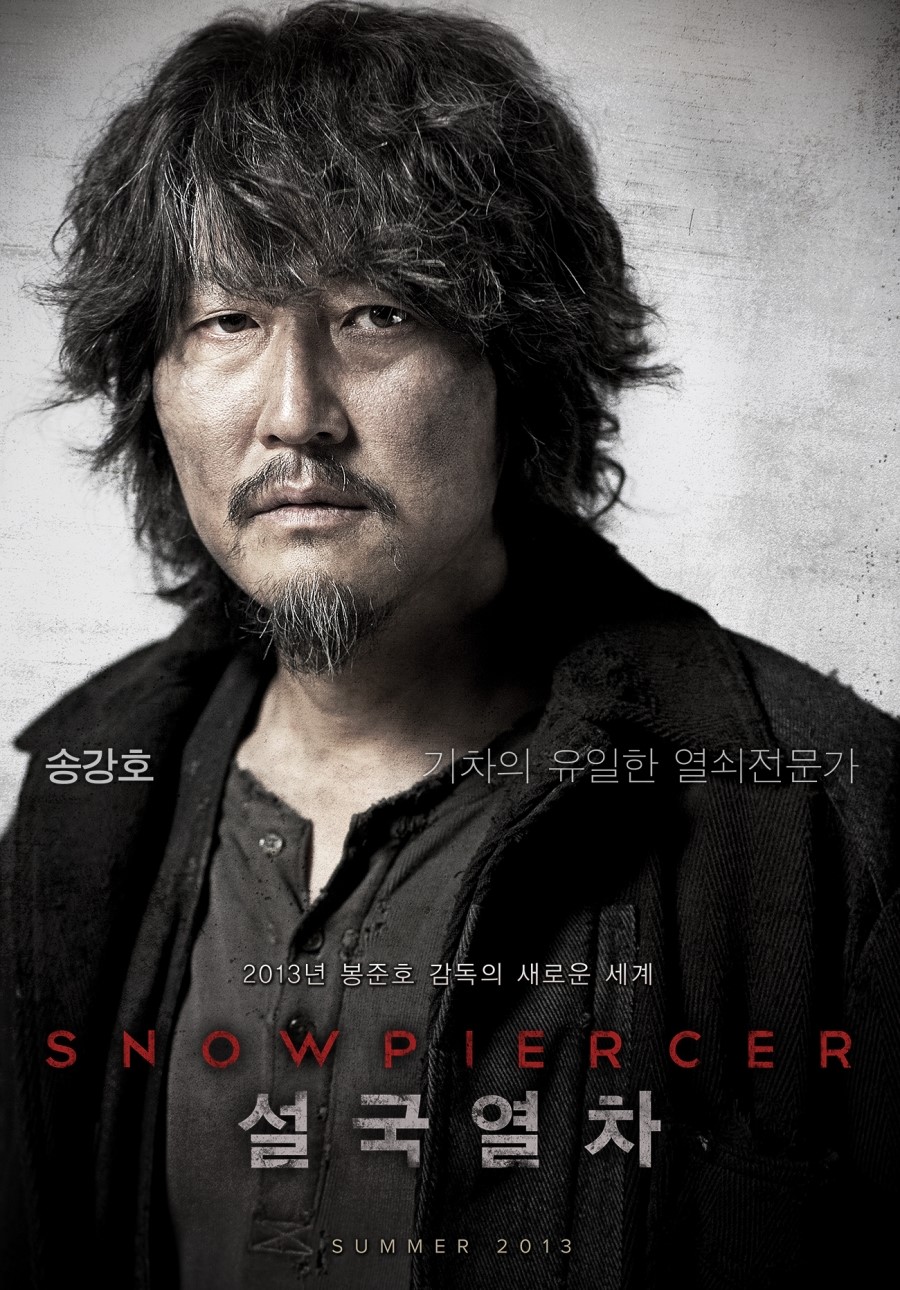 There’s a lot to be said about seeing a film that you know little or nothing about story wise.

South Korea’s Bong Joon ho’s first English language film has been greatly anticipated.
No expectations apart from the fact that it’s bound to be pretty interesting and definitely worth a watch.

Having said that, this film set in a future where the world is too cold to live in and all that’s left of humanity exists on a train designed to keep them all alive. The usual tropes are all here (Alphas/Epsilons/ the power and the people) and it’s amazing how relevant this is in society today.

Bong Joon-ho (Memories of Murder, The Host and Mother) has been directing some incredible Korean films over the last 20 years. He is an artist with some experience of repute.  Critically, he is revered.

So, it is interesting to find out that this film was released in South Korea in August 2012 and still hasn’t been released worldwide.

He picked up the rights to release the film everywhere else-ish and felt that it couldn’t be a big success without some sort of hair-cut, Joon-ho disagreed and the crux of the sitch is that Harvey Weinstein will release the director’s cut in a few selected cinemas instead of giving it the full treatment publicity and exposure wise.

The film already made its money back within the first week of its release in Korea, over a million people went to see it in the first two days alone.

There are big, established and upcoming, stars in this film, Chris Evans taking a break from Steve Rogers to play the lead here along with John Hurt, Jamie Bell, Octavia Spencer (who does not have the chops people thought she had and really lets the side down), Ewen Bremner, Luke Pasqualino, Alison Pill and Tilda Swinton giving her best Margaret Thatcher as a northerner but the true star of the film is, one of my favourite actors of the moment Song Kang-ho.

Every scene he is in is a joy to watch. His instinct for interesting, naturally/unnatural choices is sharp and always surprising in a beautifully subtle way. Here he acts in his own language getting his own subtitles and more than standing his own ground but making a bold statement with his presence.

Playing his daughter is Ko Ah-sung who also played his daughter in the director’s earlier, classic monster piece The Host. She also brings an interesting element to the table. The fact that they both speak Korean seems natural and unforced and fits in wonderfully to this English language film.

The effects are sometimes inferior due to lack of big budget but that is such a minor criticism when you think of the magnitude of the film.

If you’re a fan of dystopian sci-fi check this out.

It isn’t perfect but it’s way up there. 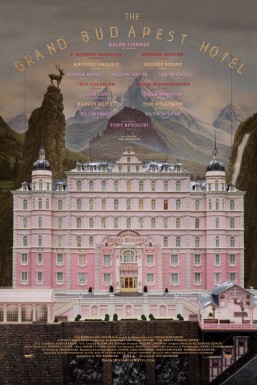 Too much has already been written about the off-beat/quirky/left of centre/kooky style that Wes Anderson imbues in his films, and if you ever see him in interview you will realise that this quality is simply a reflection of him, like David Lynch before him he makes films that don’t sit easily in the usual genre categories and more is the joy.

The point is in the experience, not the compartmentalisation.

Here he has, yet again, created a world that is sumptuous to look at (and listen to, the soundtrack is stunning) and takes the audience on a journey that is a breath of fresh air filled with the expected unexpected Anderson style.

Ralph Fiennes is brilliant as M. Gustave, the famous concierge of the hotel in the fictional European Republic of Zubrowka, he skates the line betwixt farcical comedy and high drama beautifully and Tony Revoloro is a find as his trusty Lobby Boy as they embark on an adventure filled with mystery, murder, mayhem and Anderson mania.

This is Anderson’s biggest film to date as far as location and the amount of actors featured are concerned and it works. It weaves its way through the yarn taking on us a journey that is mesmerising, melodic and memorable.

Viewers are usually in either the ‘love him’ or ‘hate him’ camps but if you reside in the former you are in for a right royal treat.

By fictionalizing a time in European history, Anderson comments on and puts his own inimitable spin upon the actual events.

This is hugely enjoyable. Highly recommended.