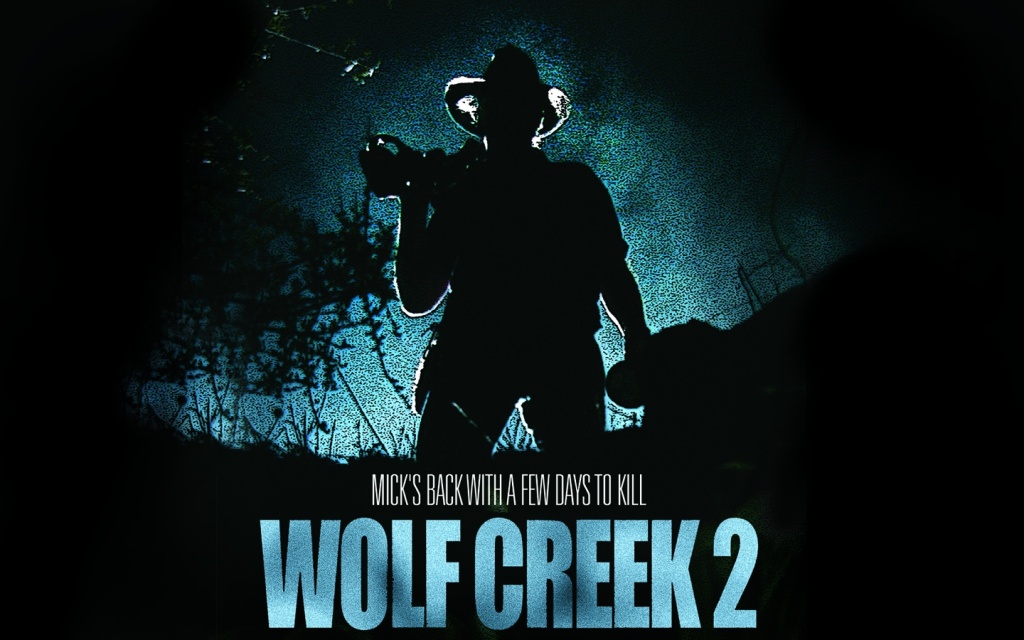 How do you keep the wolf from the creek?

This film shouldn’t have been made. It really is irredeemable, offensive and unnecessary.

Recently in Australia, Margaret & David, the hosts of ABC’s At The Movies, refused to review it. They totally should have and ripped into it and talked about how racist, misogynistic and downright nasty it was. But then that would have opened them up to criticism and maybe they just didn’t have the bottle. They represent middle Australia (if that phrase even exists). I don’t watch their show, I don’t have a television in my house, but it comes to something when they refuse to review something. Most of their viewers will probably not watch it, fair enough, but if you refuse to review a film, surely we all know that that will give it more publicity.

My fear with a film like this is that it perpetuates a stereotype in the way that Mick Taylor thinks and I have to ask where does his drive come from? I’m not over thinking this, merely asking questions.
Pure xenophobia?
It seems that way.

Especially in this second outing, there were racist undertones in the first one but not dwelled upon. Not against people of colour, against anyone who wasn’t Australian.

He is in the same league as Freddy Krueger (burned to death by the parents), Jason Voorhees (rage at drowning as a child), Norman Bates (mother issues), Michael Myers (pure evil bogeyman)…Mick Taylor (racist/misogynist/death merchant).

We were sat behind a young man and his girlfriend and he was laughing a lot at the quips Mick was coming out with during excessive violent behaviour. It was seriously weird. The tone wasn’t tongue in cheek enough for it to be funny, just disturbing.

I rewatched this as I was going to the cinema to see the 2nd one as a friend wanted to see it.

I remember enjoying this film when I first saw it.
It is a masterclass in horror, perfectly set up and subverting ones expectations as it takes you on the bloody rollercoaster set in the red outback of Australia.

John Jarratt has created a monster that is in equal parts terrifying and ridiculous.

If you like a horror, then it’s worth checking but definitely not for the faint of heart.