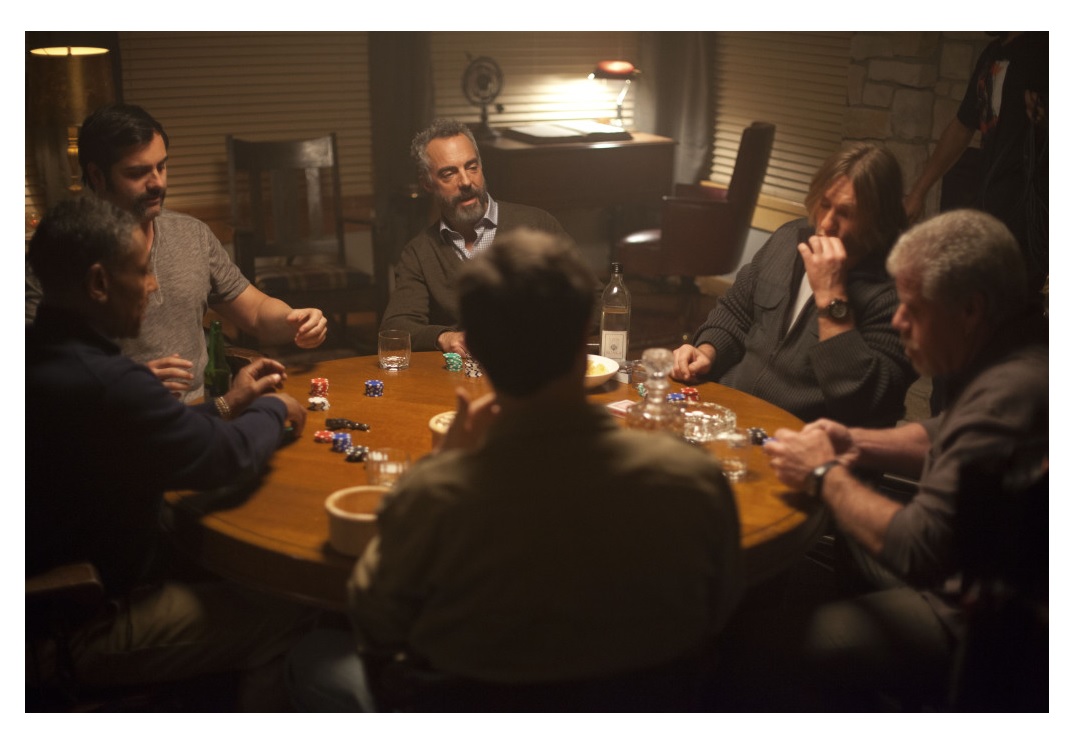 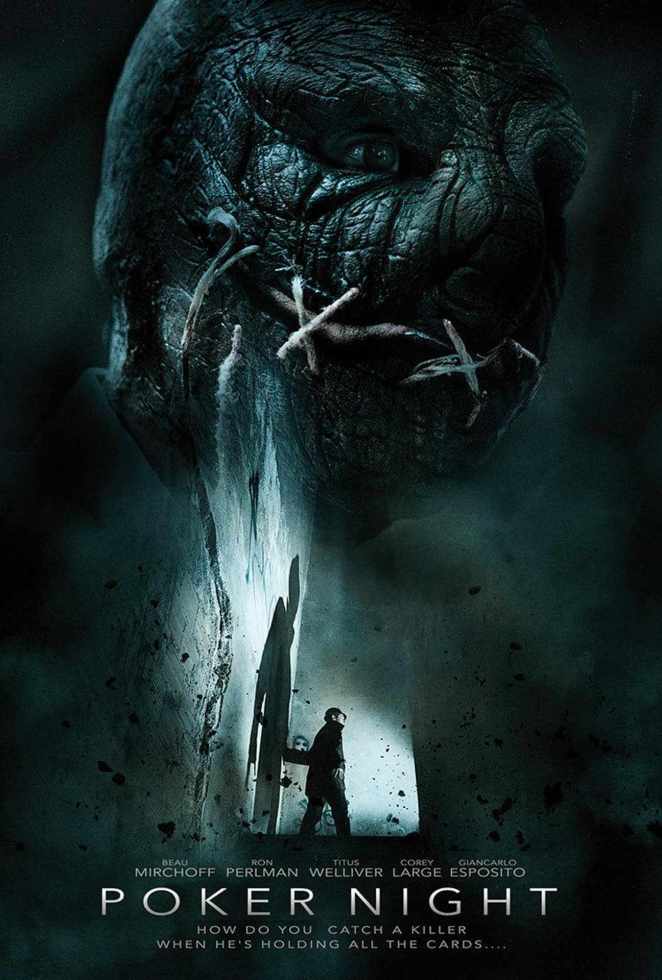 This is by no means a terrible film, not a great way to start a review I know, at least for the film in question. The main problem is in the composition; the rhythm is not quite harmonious enough and the tone is misplaced at times.

Stan Jeter (Beau Mirchoff) is a rookie detective who has been invited to a poker game with some old school, real police, where they regale him with how they solved various murder cases, in order to pass on some of their wisdom. He then gets kidnapped and tries to use the stories to work his way out of the situation.

The older cops are far more interesting than Jeter; Giancarlo Esposito, Ron Perlman, Titus Welliver, Ron Eldard and Corey Large are the old hands and as you can see are pretty much heavyweight actors. They are more interesting because they are seasoned, talented actors who know how to work a script. Mirchoff, on the other hand, just doesn’t quite cut it, he’s not terrible, just not interesting enough to carry the film; he is missing some depth, or worldliness. Sure, at the beginning when we are introduced to him as a rookie, he has to come across somewhat green but as the story develops so too should the main character. He’s saying his lines but is not invested enough for the audience to really care. He is tall and good-looking but as we all know that is just not enough. Michael Eklund is a lot of fun playing the antagonist and more of his storyline would have been welcomed. Halston Sage who plays Amy, the scream queen, is very believable and committed.

The story is twisty and turny in all the right places but is too confused at times, the use of certain gimmicks get in the way of the story-telling, editing and music are a little on the nose to be truly effective.

This is the sort of film you might have come across in your local video shop and be like “Cool, Ron Perlman, Giancarlo Esposito, Ron Eldard and Titus Welliver: I should check it out”. It is also the kind of film that heads straight to DVD. I found out that it was released to Video on Demand late 2014 and had a limited theatrical release shortly after. Or as we used to call these kind of films: ‘Straight to Video’.

Not all straight to video films are shit, just most of them.

Normally I would avoid films of this ilk but the title got me. ‘Poker Night’, err yes please. I’ll tell you right now, there is very little poker in it, much to my chagrin.

I’m gonna go right down the middle on my rating for this film as it doesn’t quite heft itself up any further. There are far too many great thrillers out there for me to recommend it, and as I said before, it’s not terrible, just not that good.

Written and directed by Greg Francis, who, looking at his IMDB, seems to be drawn to crime/detectives/911 type fare. Yeah, I’ll give the next ones a miss, thanks.

Potential not realized. Needs to do better.