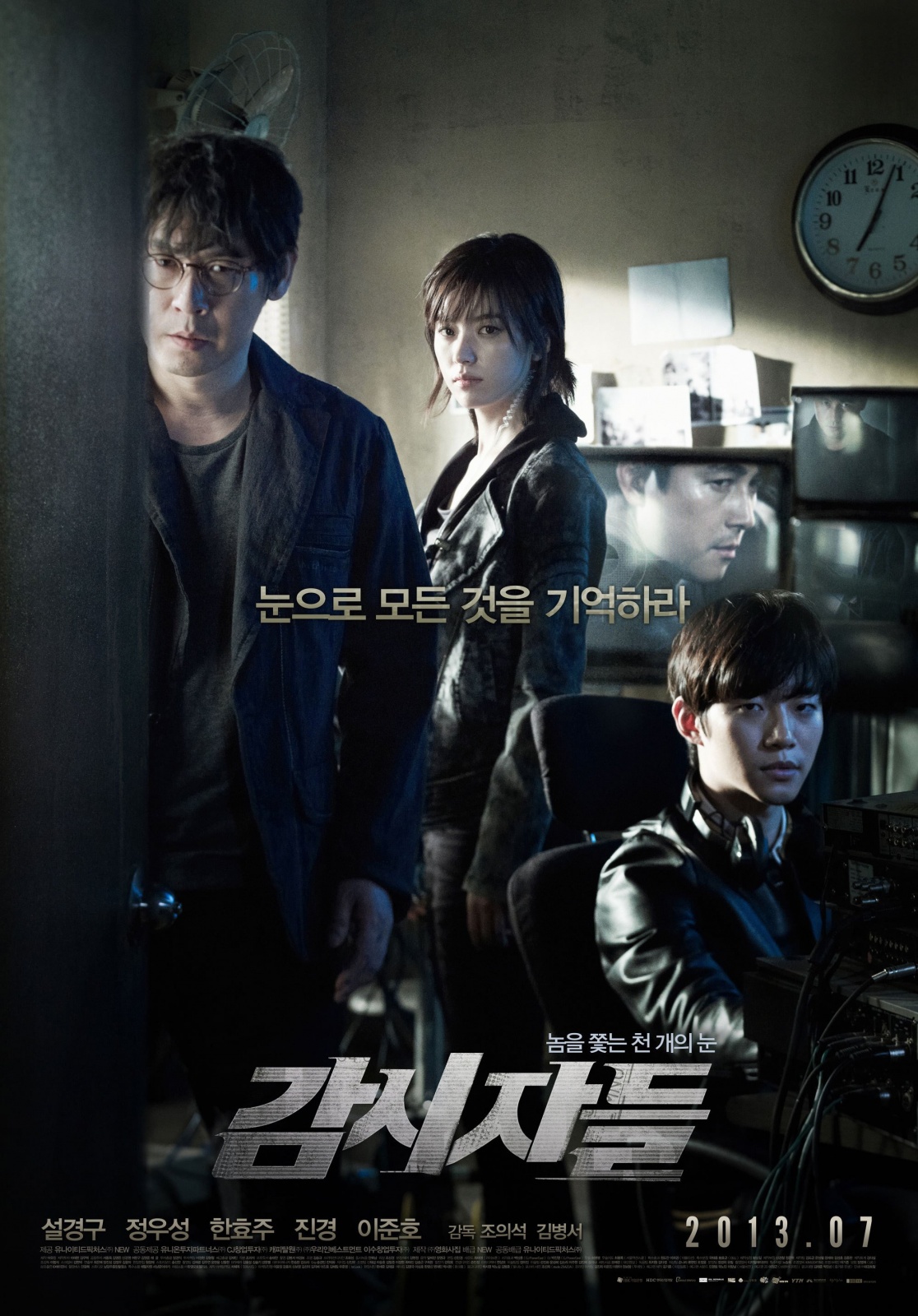 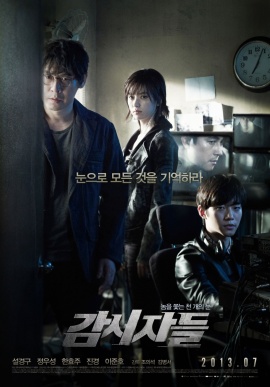 This South Korean remake of the Hong Kong film Eye in the Sky is a well made thriller about surveillance cops and specialist robbers. It’s slick, pacey and well choreographed.

Where it fell short for me was in the fleshing out of the characters. Or lack thereof.
The cops got a little chance to become three dimensional but the robbers are denied any opportunity. I have to be invested to care and that usually happens when the writing is clear and the characters are real. Don’t get me wrong, the acting was fine, believable but I was left as the audience wanting to go deeper, psychologically, into the whys and whos. This aspect was missed, unfortunately. No real stand outs but I enjoyed Lee Jun-Ho as Squirrel.

I just read that there were two directors, Ui-seok Jo (1st film) and Kim Byeung-seo  (3rd film).
For a first film (and third) it’s not bad but what it ultimately lacked in character it made up for in the set pieces. There is a lot of action and it’s a whole lot better than most films of that ilk from the holiest of woods.

I would be interested in watching Eye in the Sky and they do a little nod to it by giving Simon Yam (a big Hong Kong star) a cheeky cameo.

Well that’s all a bit of nonsense isn’t it? The equation, that is.

A sturdy enough action film that will entertain while not breaking the bank of emotion.

BUY IT ON DVD HERE