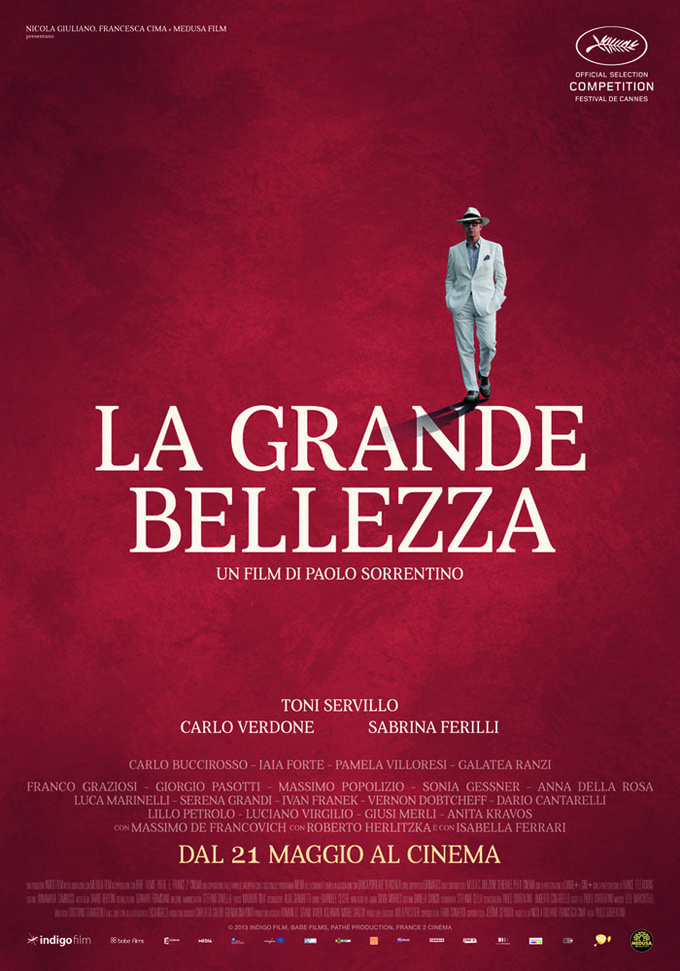 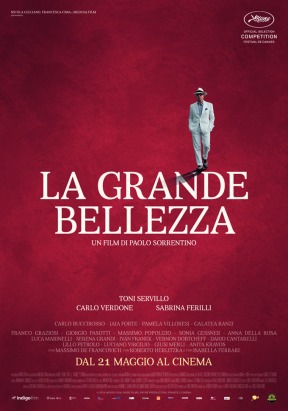 In the tradition of La Dolce Vita and 8 and ½, Paolo Sorrentino serves up a delight for the senses.

Stunningly shot and with a soundtrack to match this wonderful ode to life, love and humanity is incredible.

Toni Servillo embodies the wonder and weariness of a 65 year old self titled King of the Italian high life beautifully as Jep Gambardella a ‘once’ writer who is looking for something to inspire him.

Watching this I was wondering if it had been recognized by any of the big awards shows, then I watched the Golden Globes and it went on to win the best foreign film, huzzah!

Everybody has been talking about Blue is the Warmest Colour and it seemed like it might take it (also The Hunt was nominated, another wonderful film) but it felt right that La Grande Bellezza won. The film seems important. Especially for the Italians.
Later on, it ended up winning the 2014 Oscar for best Foreign Language Film.
Truly, well deserved.

Sweeping, operatic and epic, it could only have been made in Italy by an Italian.
Such sensibilities; beautifully shot and wonderfully acted.

The soundtrack is spectacular, shifting from operatic to house music with ease and confidence. Stunning.